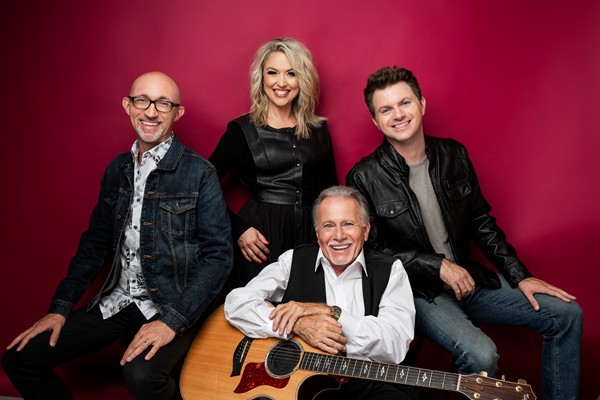 The Browders’ musical journey began in Hiltons, Virginia. “We have a lot of history where we’re from,” says David. “We come
from the hometown of the original Carter family and we implement that in our concerts. We’ll do like a liMle acous=c set that
takes you back to that front porch style of picking. We can’t ever forget our roots.”
Family patriarch Tommy began singing gospel music at age five despite being stricken with polio. “I was about 9 or 10-yearsold in a handicap school and my right hand was completely paralyzed from polio,” he recalls. “I was taking guitar lessons and
aNer much prayer and trust in God—and believing that He would be able to have me play—one day my thumb started
working and then my fingers started working. He gave me enough strength in my right hand to be able to play.”
In 1990, Tommy felt God calling him to tour with his family and since then The Browders’ career has steadily gained
momentum. Their 2006 album Be a Light yielded the group’s first top ten hit “Stand Up For Jesus.” Their 2009 album, The
Message, produced seven top ten singles, including three No. 1 songs—“Praise You In This Valley,” “Message Of The Cross,”
and “Land Of No Goodbyes.”
Voted “Breakthrough Ar=st of the Year” at the Absolutely Gospel Music Awards in 2013, 2014 Dove Award Nominee for
“Inspira=onal Song of the Year”, and receiving “Music Video of the Year” at the 2016 AGM Awards, the Browders have
headlined their own shows and have also opened for The Band Perry, MercyMe, Michael English and others. Yet in talking to
the Browders, it’s not the venues they’ve played or the No. 1 singles they’ve earned that dominates the conversa=on. They
are quick to speak excitedly about the number of souls they’ve seen saved at the concerts and conferences where they share
the Gospel. “It’s not about our abili=es. It’s about God’s capability,” says MaMhew. “He can do anything. We just try to be
good stewards of the giNs that God has given to us.

Read More About The Browders